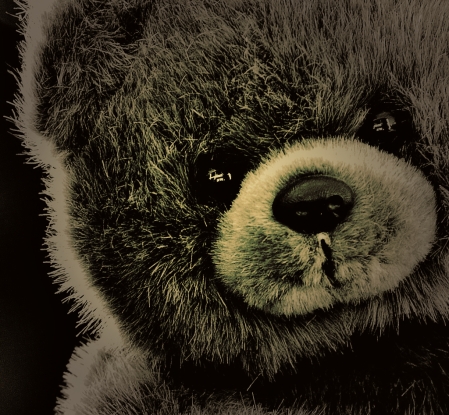 In the summer of 2014, Friday the 11th of July to be precise, a series of strange lights are spotted in the skies above the small village of Downley on the outskirts of High Wycombe. These lights are witnessed by at least two dozen people, including a troupe of boy scouts out for an early evening ramble.

Triangular in shape and coloured a deep, throbbing orange, these mysterious illuminations are seen both in the daytime and at night.

One Mr Handley, the gentleman tasked with leading the aforementioned scout troupe, would later comment:

‘There were three of them, jumping about in the sky at great speed. At one point they all seemed to merge into one, hold their position for a short time, then split up again. We must’ve watched them for a good five minutes or so before they shot straight up and disappeared.

‘I told the boys that we needed to report this to the authorities. So we went back to the hall and I called the non-emergency number for the police.

‘Whoever I spoke to didn’t seem too bothered. They took my details and said they would call me back. Which they did, two days later.

‘They told me that what the boys and I saw were the landing lights of aircraft coming in to Heathrow airport.

Whilst this aerial display is no doubt odd, it is just the start of a series of strange events that occurred in the area over the weekend.

On the morning of Saturday the 12th of July a large booming sound echoes across the village, setting off both car and house alarms and causing every animal to either flee in terror or cower in fear.

The switchboard for the local emergency services is flooded with calls, yet the source of the sound is never identified. Phrases like auditory hallucinations and mass hysteria are tossed around by the press. The cause of the noise is later explained away by officials as the sonic boom of a low flying fighter jet, yet RAF records reveal no flights of that nature are scheduled to take place that day.

That afternoon a mysterious couple dressed all in metallic grey appear in the village, knocking on doors and asking the residents inane questions. They reportedly speak in singsong voices, placing the stress of their words in all the wrong places.

Ms Anderton of Percival Drive saw fit to invite the pair in to her home:

‘They appeared on my doorstep at about 4pm, wanting to know if I’d seen a bear? I told them that I didn’t know anything about that. They both looked really pale and tired and they spoke in this weird way. I guess English wasn’t their first language. I asked them if they would like to come in and have a cup of tea.

‘They traipsed into my house without a word and sat down on the couch. I bought them their tea and they both proceeded to stare at the mugs for a good two minutes, not speaking. Then they just got up and left, without as much as a by or leave.

‘I thought it was all very rude.’

Ms Anderton later notices that one of her prized family photo albums is missing, taken from her living room bookshelf.

These events, taken on their own, are no doubt unusual. But in conjunction with the bizarre light show from the previous evening they begin to take on a different and slightly more troubling hue.

And yet this strange weekend has one more card still to play.

Simone Adamik is a 24 year old factory worker and a resident of Downley. Blessed with a cheery disposition and quick with a smile, he is more than happy to speak with me. We meet in the Le De Spencers, a country pub located in the village. We order a couple of pints and take a seat in the garden and, after some friendly chatter, Mr Adamik relates to me the events that befell him that Sunday, the 13th of July.

‘I’d been called in that weekend to do some packing as we had a big job going out first thing on Monday. I didn’t want to, but I needed the money.

‘There was one problem: the World Cup final was on that night.

‘I’d made a deal with my boss that I could leave as soon as everything was done, and also have the morning off so I could have a few beers. I’d arranged to meet my friends here, in this pub, and they’d save me a seat. It was going to be busy, after all.

‘I rushed around like a blue-arsed fly that day. Seriously, that’s the hardest I’d ever worked. I finally got everything done just before 7 o’clock. That gave me an hour to jump on the bus and get to the pub for kick off.

‘I was knackered, but I was going to make it.

‘I got my shit together and ran to the bus stop. I’m sure you know Mr – sorry – Dr Gotobed, Sunday service on public transport in the UK isn’t exactly the most reliable thing, but eventually the Number 300 comes trundling around the corner.

‘I jumped on-board and texted my mates. It looked like I was going to make it!’

He stops and lights a cigarette, blowing a curl of blue smoke up in to the sky above.

‘Now, over the years I’ve been coming here I’ve worked out a little short cut: if I jump off the bus a few stops early, I can walk over the common and cut a few minutes off the journey.

‘I got off and text my friends again, letting them know I was nearly there and asking them to get me a beer in.

‘That’s when it happened.’

He leans in a little closer and lowers his voice. It’s pretty clear he doesn’t want to be overheard, even though there are only two other people in the garden with us.

‘I got about halfway across the common and, I don’t know why, I got this weird feeling, like someone was following me. I looked behind me and… and there was the strangest thing.

‘Someone behind me, someone dressed in a giant bear suit. Seriously, a giant teddy bear suit. Like something you’d see at a theme park. Big round head and everything. And even though the sun was going down, it was a hot evening. He must’ve been baking in there.

‘He was about two hundred yards away and walking slowly towards me. Almost kind of… bounding across the grass.

‘I thought it must’ve been someone playing a prank or doing a dare, so I turned back and kept on going. But when I turned around again, the guy in the bear suit was closer.

‘And I mean a LOT closer.

‘There was no way he could’ve covered that amount of ground that quickly, even if he was sprinting.

‘I pressed on, hoping to just ignore him. But I couldn’t.

‘I looked back again, and he was pretty much right behind me.

‘Two thoughts came into my mind. I could either leg it to the pub as fast as I could, and I could see the front door from where I was, or I could front up to this freak and tell him where to go. What do they call it…? Fight or flight, that’s it.

‘Surprising even myself, I chose ‘fight’.

‘So I puffed up my chest and span ‘round, fists clenched, ready to clock this guy one.

‘But the giant teddy bear was nowhere to be seen.’

Mr Adamik stubs out his cigarette and picks up his pint.

‘Now, there is no way he could’ve run off. You can see the common from here, it’s a massive open field, there’s nowhere to hide.

‘I stood there for a minute, dumbfounded.

‘Then I remembered the match, so I ran the rest of the way to the pub.

‘And this is where it gets even weirder.’

He finishes his drink in one big gulp before continuing.

‘When I got to the pub, everyone was leaving. I’d missed the game. All of it. Ninety-odd minutes, plus extra time.

‘I finally found my friends and they wanted to know where I’d got to. They said they’d been calling and texting me for hours.

‘I checked my phone, and they were right. I had about twenty missed calls and the same again in messages, and the clock was showing nearly half ten.

‘Somehow I’d lost two and a half hours.

‘What the fuck was that all about?’

Mr Adamik seems very sincere in his testimony, and he goes to great pains to convince me he hadn’t been drinking before all this occurred.

So what does all this mean? I will confess I am at a complete loss to explain any of it. Taken separately, it is possible that all these events have a rational explanation. The glowing shapes in the sky on the Friday may indeed have been misidentified aeroplane landing lights. The booming sound heard on the Saturday may indeed have been a sonic boom from a jet fighter, even though there is no evidence to support this. And the odd couple asking questions about a bear, and the later sighting of a person in a bear costume no less, may have been no more than an elaborate prank.

But taken all together, and with the ‘missing time’ experienced by Mr Adamik on the Sunday night thrown in? It adds up to a series of questions I am unable to answer.

And why Downley? Further research reveals that the village has no prior history of any events even remotely similar taking place, and no further activity has occurred there since.

I have requested that the area is monitored for the next few months, on the off-chance of a repeat performance, although I suspect this will turn out to be a fruitless endeavour. We do always seem to be several steps behind these things.

To further add to the mystery, Mr Adamik contacted me a few days after our meeting. He said that he’d forgotten to tell me that the first time he saw the individual in the bear suit, he’d taken a picture on his phone, apparently to show his friends when he arrived at the pub. But when he had gone to look for said picture, he was unable to find it. He did find one photograph that matched up with the date and time of that encounter, however it was not what he expected.

He forwarded the picture in question to me. Whilst oddly grainy for a photo taken on a modern device, it clearly shows a shadowy figure pointing a light into a starry night sky.

Mr Adamik does not recognise this scene.

Once again, it seems some celestial prankster is having a great deal of fun at our expense.

– I’ve had a trawl through local newspapers looking for any mention of the events mentioned above, and I could only find a small article on the alleged ‘sonic boom’ in the Buckinghamshire Free Press. But if any of that other stuff had happened to me, I probably wouldn’t go to the the local news either – C.R.