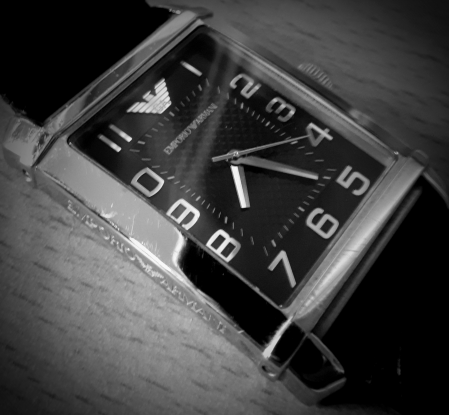 Gareth Roberts was born in Wigan in 1946, the youngest of five sons. He grew up in an impoverished household in post-war England, and having to wear the hand-me-down clothes that dressed his four brothers before him instilled in the young boy a resolve to succeed that his siblings lacked. This resolve pulled him through his ‘O’ levels and on to university, the first of his family to do so. He left University College of London in 1968 with a first class degree in accounting. His tutors remember him as a diligent student, with a keen eye for detail.

His parents were proud witnesses at his graduation.

Gareth went straight in to employment for Packham & Cooper, a small accounting firm based in central London.

In 1972 he met and began courting one Anna Collins, a local hairdresser. A year later they were married. The newlyweds moved in to a house in nearby Croydon, where they planned to start a family of their own in the not too distant future.

Gareth’s story should end here, his days lived out happily but unremarkably as a hardworking husband and, more than likely, a doting father.

But a curious series of events conspired to take his life down an altogether different path. 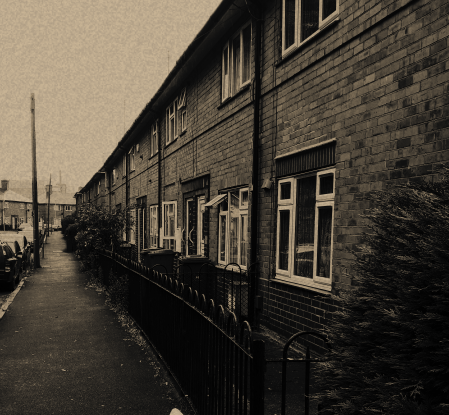 The following is an excerpt from the Croydon Guardian, dated Tuesday the 1st of July, 1975:

‘Police received several reports of bright lights over Croydon and Bromley on Sunday night. Witnesses claimed to have seen multiple orange shapes moving through the skies. ‘They were like giant glowing balls jumping through the clouds, all over the place,’ said Clarice Powell, local resident and mother of two. ‘I was getting the cat in when I saw them. First just the one, but then two more appeared. I watched them for about twenty minutes. They flew close to the ground and I thought they were going to crash, and then they just zipped away, gone.’ The strange lights were also spotted by a group of local astronomers who could not identify them. ‘No military or air force exercises were scheduled to take place that night,’ a spokesman for the Ministry of Defence said yesterday morning.’

Whilst the nocturnal illuminations of that night are indeed odd, they are just a precursor to something far more extraordinary. 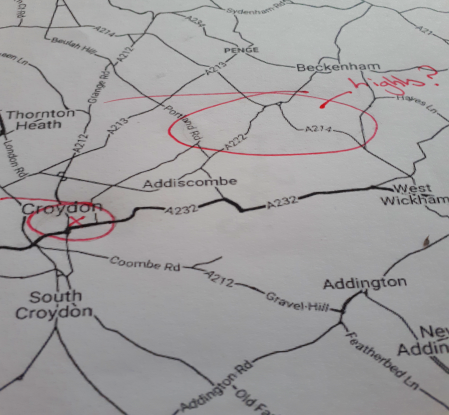 George Evans is a tall, balding man with a large smile and a firm handshake. He has recently retired from the Metropolitan Police, but in 1975 he was a fresh faced detective in the Borough of Croydon. He agrees to meet me in the Oval Tavern and over a few pints of ale we discuss the events of that summer.

Upon reading the newspaper clipping mentioned above, he gives a throaty laugh before lighting a cigarette.

“I remember that, yeah. We all had a good chuckle about that down at the station. It takes all sorts, I guess. Do you know we once had a man ring up and say he’d been chased home from the boozer one night by a giant rabbit? He said it was as big as a car. You notice the papers didn’t run with that story.

“But that not what you wanted to talk about, is it?”

I tell him that it is not.

Mr Evans stubs out his cigarette and consults a battered and yellowing notebook.

“Well, I took the statement from Anna Roberts. She said that the on the 31st of June, a Monday, her husband began to complain of intermittent headaches and problems with his vision. He described them as ‘flashes of black’ that struck him every couple of hours or so. They were bad enough to keep him off work for a few days.

“By Thursday night, she said he was feeling much better, and he decided to go to work on the Friday. She suggested that he may as well take that day off as well, just in case the headaches returned, but he was having none of it. Going by what his colleagues said, that didn’t sound out of character. Apparently he was, and how can I put this politely? ‘Work focused’. Yeah, that’ll do.

“Anyway, she made him a packed lunch. His favourite, a cheese and pickle sandwich. I’ve actually underlined that part. See? I think it says a lot about a man when his favourite sandwich is cheese and pickle. Anyway, he popped it in his briefcase, gave her a peck on the cheek and climbed in his car. She said she watched and waved as he drove off.

“He never made it to work. The next day, at about six in the morning, we get a phone call about an abandoned car on the A232. It’s Mr Roberts’, and it’s just sat there. Driver door open, keys in the ignition, engine running. No sign of him, not even his briefcase.”

We get another round of drinks and Mr Evans continues.

“Now, to start with, we thought maybe he had a second family somewhere, or that he’d just got bored of his life and decided to bugger off and start afresh somewhere else. It’s not unheard of. But that didn’t sit right with the kind of person he came across as. Like I said, he was pretty work focused, and by all accounts happy with his lot. So then we thought maybe it was his job. Perhaps he’d been cooking the books for someone? We went through all his files, but everything looked above board, plus his boss said that most of his clients were pretty small fry. So nothing there either.

“After about six months we ran out of leads, and the case went cold. Eventually his wife stopped calling and it kinda got put on the back burner, then taken off the hob altogether, if you know what I mean?”

He lights another cigarette and blows a coil of blue smoke up at the ceiling.

“It bothered me for a long time, that case. What happened to him? He was a strait-laced, happily married accountant. I thought about it every now and again, but eventually I guess I just kinda forgot about it.

“But it doesn’t end there. Fifteen years later, in the winter of 1990, I get a phone call, completely out of the blue. It’s a copper up in Edinburgh, says he’s found a body, a body he thinks I might be able to identify.” 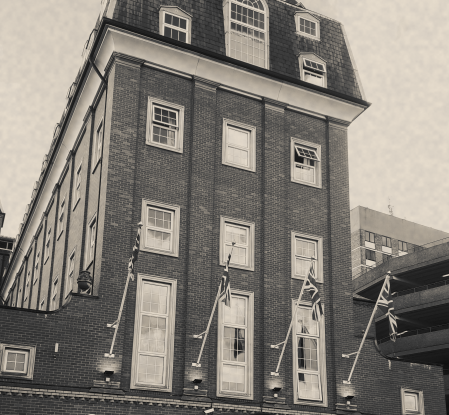 The I*  was the first in a proposed group of boutique hotels due to open in Edinburgh’s old town. Designed to accommodate the more affluent tourist, it had fourteen rooms, each with their own unique style. On it’s opening day, the first guests to stay in the penthouse suite return to reception to report that their key card will not work. A porter goes up to their room with the master key and successfully gains entry.

He finds a fully clothed man laying prone on the bed, a briefcase next to him. The porter tries to rouse this unexpected guest, but he cannot be woken.

The man is dead.

The police attend quickly and search the body for identification. The man has no credit cards in his wallet, but in his jacket pocket, creased and folded, is an old fashioned, paper and photoless driving license.

The name on the license is Gareth Roberts. 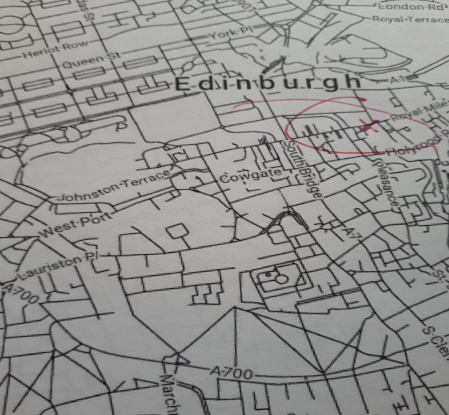 “A couple of days later I drove up to Edinburgh to take a look at this body. I get to the coroner’s office, and sure enough, it’s Mr Roberts stretched out on the slab. But this is where it gets weird. He was what, 29 when he disappeared? I shit you not, he hasn’t aged a day. Not a single grey hair, wrinkle, scar, nothing like that. Now I don’t know about you, but I don’t know a single person who time hasn’t caught up with in some way or other over the last fifteen years.

“So I ask to see his belongings. There’s his suit, a little crumpled, but apart from that in perfect condition. And then there’s his briefcase, also in perfect nick. You know what I found inside, apart from some files? A cheese and pickle sandwich, as fresh as if it were made a few days ago.

“I asked the coroner for the cause of death. He had no idea. Says there’s nothing physically wrong with the guy. It’s like he just stopped being alive. Those were his exact words. And if the coroner’s saying that? Well, you tell me.

“A few days after that, his wife, Anna, now remarried, comes up to see the body. It shakes her up badly, but she confirmed what I thought. It’s like a single day hasn’t passed since he vanished. Two of his brothers said the same thing.

“I took it to the Chief Superintendent, but he didn’t care. Told me to chalk it up to experience and forget about it.

“It made the ninth page of some local rag. A small column tucked away at the bottom. ‘Vanished Local Man’s Body Found After Fifteen Years’, or some bollocks. I guess they missed the important part.” 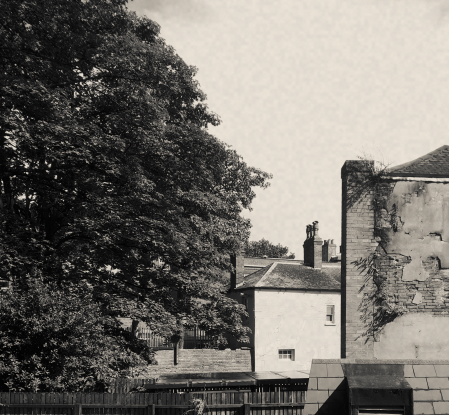 I have been unable to find the article that Mr Evans mentioned. I did, however, get a chance to view the post-mortem report. The cause of death is listed as unknown.

I chose not to ask Anna Roberts, now Anna Pendleton, about her first husband’s disappearance. I feel she has been through enough without a stranger digging up the bones of the past.

Many elements of this case are intriguing. What happened to Gareth Roberts on that July morning in 1975? How did his body end up inside the penthouse suite of a newly opened hotel hundreds of miles away? Why, after so long, were his body and belongings in the same exact same condition as they were when whatever misfortune befell him? And did the curious lights spotted in the sky in the preceding days have any connection to that misfortune?

Barring the appearance of new evidence, whatever transpired to doom the unfortunate Gareth Roberts to somehow ‘fall through time’ to his death will remain a mystery.

* Since this report is handwritten, and the good doctor’s penmanship can be pretty ropey at times, I can’t for the life of me decipher the name of the hotel in Scotland. I can see that the first letter is an ‘I’, but frankly, the rest of the word is a mess – C.R.

4 thoughts on “The Man Who Fell Through Time”